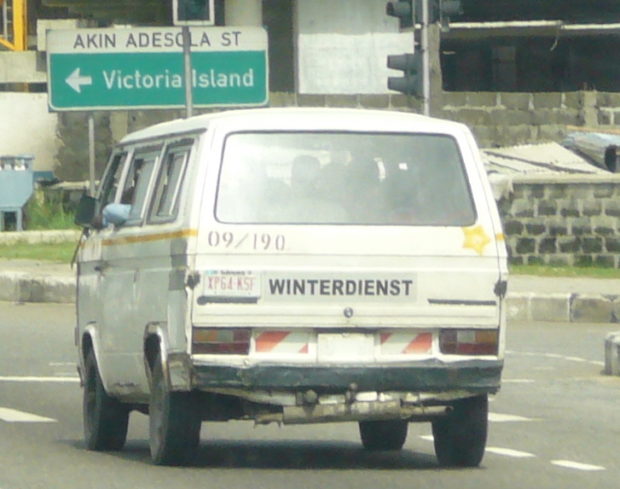 It’s the other way round: Europe needs Africa more than Africa needs Europe

Europeans tend to believe that the neighbouring continent in their south still needs their aid and support. The opposite is true: Africa offers the solution to Europe’s structural problems.

The politicians forming the next German government may think that they were very generous when they decided to increase the budget for German cooperation with the so-called developing countries.

But the times they are a changing. Africa still needs aid, this is for sure. Although economic growth is very strong in many parts of Africa, the social and regional differences will widen in Africa in the next years. Many Africans will see no benefit from the economic boom that pushes forward so many parts of the continent. Many Africans bear the risk to be left behind. Dozens of million Africans will need solidarity and aid for quite a time.

The many social, ecological and political problems Africa is facing lead Europeans to believe that without their aid the huge continent in their south will submerge in conflicts, crises and disaster if they were not there for tending a helping hand.

The reality is quite different. Many investors have discovered the African continent. They are coming from China, but only from there. Important investors in Africa are located today in India, Malaysia, Turkey, Israel, Brazil or the Arab world. They are filling the gap Europeans created by granting mainly aid and by doing less investments than the Chinese.

For a long time, African eyes were turned towards the former colonial powers, the UK, France, Spain and Portugal. Today, as the world is muting from a bipolar international order to a global network of interconnections, Africans do not have to wait anymore for European investors.

Therefore, Africa needs Europe quite less than in the past. At the same time, Europe needs Africa more and more to solve their structural discrepancies due to a shrinking population and a population getting elder and elder.

Even today, Europeans start to suffer from a lack of hands in their economy. In Frankfurt, the railway company Deutsche Bahn had to reduce in Summer 2017 the frequency of their suburban trains called S-Bahn due to a lack of train drivers. In African restaurants and cafés, many waiters are still standing around waiting for serving their customers. In Europe, in more and more cafés and restaurants the management employs their customers for serving themselves, for ranging the used dishes and cups and for cleaning the tables.

The lack of hands in Europe does not only affect low-wage service sectors. Industrial companies in Europe also start to suffer from the lack of skilled workers. Their growth is slowed down by the effects on an ageing society. And even politics and voting results in Europe are more and more dominated by the interests of retired voters. They are imposing to the European societies a welfare state that benefits mainly to the elder people and less to the needs of younger people.

If European companies do not want to limit their economic development by demography, they will have to integrate Africa into their economic space. Jean-Louis Guigou, president of the French think-tank IPEMED in Paris, is promoting for quite a while the integration of Africa, the Mediterranean and Europe into what he calls La Verticale: “Time has come to forge bonds based on sharing rather than conquest between Europe, Africa and the Mediterranean”.

To create these bonds La Verticale has developed five programmes that will be developed in the next years: The first programme consists in sharing strategic information, the second in leading a laboratory network, the third in arranging international work groups involving multiple actors, the fourth in organising high-level seminars and the fifth in encouraging mediation and influence in favour of the region Africa-Mediterranean-Europe.

One point is sure: Europe needs Africa quite more than Africa is dependent from Europe. When Europeans start to admit this fact, they will be able to design a new relationship with the big continent in their south.