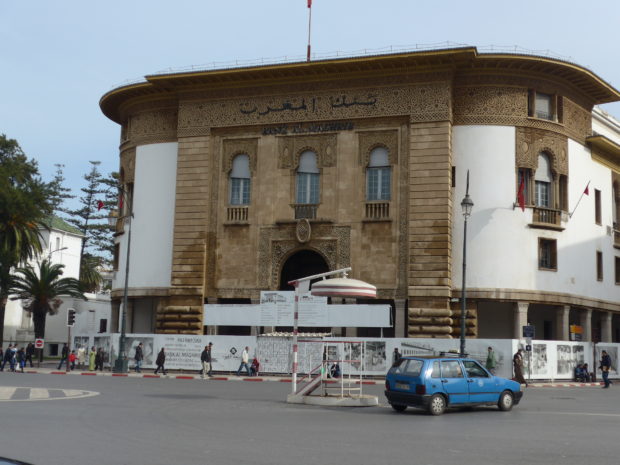 The BRICS countries – Brazil, Russia, India, China, South Africa – will create a bank. Europe needs a specific bank too if it wants to develop economic relationship with the Mediterranean and Africa.

The BRIC country group – today enlarged by South Africa to form the BRICS countries – is a quite artificial concept. There are no geographical, political, religious or ethnical links between these countries. The acronym BRIC was developed in 2001 by Jim O’Neill, then chief economist of the US investment bank Goldman Sachs. It described the countries Brazil, Russia, India and China, four countries located in very different regions of the world map, but according to O’Neill they had some characteristics in common: They were at a similar stage of newly advanced economic development. Later, in 2010, South Africa was admitted in the group that took the name of BRICS.

The acronym came first, and only years later the governments started to meet and to form a group of emerging countries. At their latest meeting on 25-27 July 2018 in Johannesburg, South Africa, the BRICS countries decided to create a common development bank, the BRICS New Development Bank.

“Both the World Bank and IMF have been criticised for being biased towards Western countries at the expense of African and developing countries”, complained the Namibian journalist William Gumede in a commentary. And he continues saying: “African and developing countries desperately need reliable and cheaper long-term development finance, which does not go with the restrictive World Bank and IMF conditions.”

The hope of the Namibian journalist is turned to the new institutions created by leading, powerful emerging countries: “The Brics New Development Bank potentially offers African and developing countries a new ideological alternative to both the World Bank and the IMF development policy prescripts.”

We at Africa Partners are very in favour of the creation of this new development bank linking strong emerging economies.  This bank will offer additional sources for financing investment projects in this region. But we have doubts that Africans will have as little influence on the policy of the BRICS New Development Bank as they have on the lending policy of the World Bank or the IMF. The only African country represented in the BRICS group is South Africa, and it is the smallest player in the team. China has a GDP of 23,300 Billion USD (2017, in PPP terms). Brazil as the smallest BRIC country has a GDP of 3,241 Billion USD and South Africa weights just 766 Billion USD. In other words: The second smallest economy in the BRICS group, Brazil, is more than four times heavier than South Africa. And China’s economy is 30 times heavier than South Africa’s.

Therefore, we hope that the BRICS New Development Bank, as a multilateral development bank of quite powerful emerging economies, will adopt a lending policy that will suit to the needs of other developing economies, even if they are less advanced. But we are not convinced that it will increase the weight African countries have in project finance in Africa.

The critics, however, that Africans often express when it comes to international finance are justified. IMF, World Bank and IFC are largely dominated by the U.S. and Europe. Commercial banks from the West do less financing in Africa than they could. The African Development Bank made a great development since it began operation more than 50 years ago, in 1966. The BAD is contributing a lot for financing investment projects all over in Africa. But in spite of its name, it is not just an African financial institution. Sure Nigeria as the largest African economy ranks first with 9281 voting powers out of 100,000 voting powers. But on the second place ranks the U.S. with 6563 voting powers and Japan third with 5494 voting powers. Also, Germany, Canada, France, Italy, the United Kingdom, Sweden and Switzerland are ranked among the 20 largest countries by voting powers at the BAD. In total, the BAD has 26 non-African member countries, even some BRICS countries such as China, India and Brazil joined the African Development Bank, but not Russia. We do not criticise the fact that the BAD has non-African member countries. On the contrary, we consider this is an advantage that the BAD is embedded this way in global finance.

Getting more funds for economically viable and useful investment projects in Africa is one of the most important issues. New multilateral financial institutions may help for achieving this goal. But another issue is to increase investment security, remedy to the scarcity of international currencies in most African countries and to ease capital transfer to Africa and back to the lending countries.

A multilateral financial institution that represents equally Africa, the Mediterranean and Europe may be an important step to push forward economic integration of this part of the world. Therefore, we strongly support the position adopted by the French think-tank IPEMED that calls for the creation of an interregional bank between Africa, the Mediterranean and Europe. In the board, the three regions should be equally represented.

Yet another bank?, may many people object. But we are convinced that this will be a game-changing step forward in the integration of this region as this new bank will contribute to make investments in this region more secure. No other existing bank can do this, not the BAD, not the European Investment Bank (EIB) or the European Bank for Reconstruction and Development (EBRD) as the two latter are purely European institutions.

This is the lesson we should learn from the creation of the BRICS New Development Bank: Economic integration needs interregional development banks.