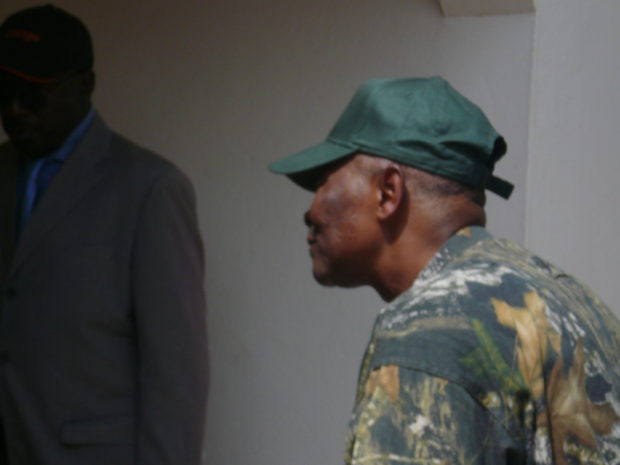 Elections in Mali could be a good opportunity for federalism

Malians have elected a new President this weekend. Beyond this decision, the real question will be to rebuild the national unity. It should be based on a federalist system.

In February 2012, we met Amadou Toumani Touré in a village a two-hour drive south of Mali’s capital Bamako (see picture). Less than three weeks later, the Malian President has been overthrown in a putsch, less than two months before the end of his mandate.

Nevertheless, the judgment of History will be, Touré can be considered as an impressing political thinker. In 1991, when he was head of then President Moussa Traoré’s presidential guard, he led the revolution – or was it rather a putsch? – against Traroé. ATT – as Touré is currently called – led the government, organised democratic elections and handed the power to the then elected President, Alpha Oumar Konaré. Touré’s decision to give up power and to promote democracy in his country was outstanding.

In 2002, ATT won as a civilian the presidential democratically held elections. And hopes that the former military man and member of a parachute regiment would restore peace in Mali were great. In 2007, he was re-elected for a second and last term. Up to now, it is not clear why a group of soldiers around Amadou Sanogo who held just a mid-level position in the Malian army overthrew ATT just a few weeks before the normal end of Touré’s term.

Now, eight million Malians were called again to the polls. In the South, it seems that elections have been quite regular. However, in the North the conditions have been difficult.

The current President, Ibrahim Boubacar Keita or IBK as most people call him, has done a lot of good for appeasing the country with the support of French troops, assisted among others by German army units.

When we met Touré in February 2012, he confided us that to his opinion Mali should become a federal republic just as Germany is. Each member state of this Malian federal republic should have its own budget according to a fiscal equalisation scheme. I asked Touré why he did not push forward this idea. As the President of the county he should be able to push forward this idea. He replied that the South was against giving money to the North as the Tuaregs in the North could use this money for buying weapons. But he already knew that federalism was the only option for Mali to maintain national unity and to appease the country.

It is beyond our competence to evaluate ATT’s view on Mali, but we say that one thing is for sure: Federalism will be a powerful instrument for enforcing political unity and peaceful relations on the African continent. We admit that giving more political power to some ethnic groups may rise new fears. But federalism does not have to be based necessarily on a provincial mode. Many countries have adopted other systems. Therefore, federalism does not imperatively support outdated tribalism or does not mean necessarily that countries will go to pieces.

There are many forms of federalism that will be more appropriate to the specific conditions in one or another African country. But supporting federalism needs courage and a strong will of all bodies involved. The Malian vote could be a good opportunity for making a substantial step forward in this direction.