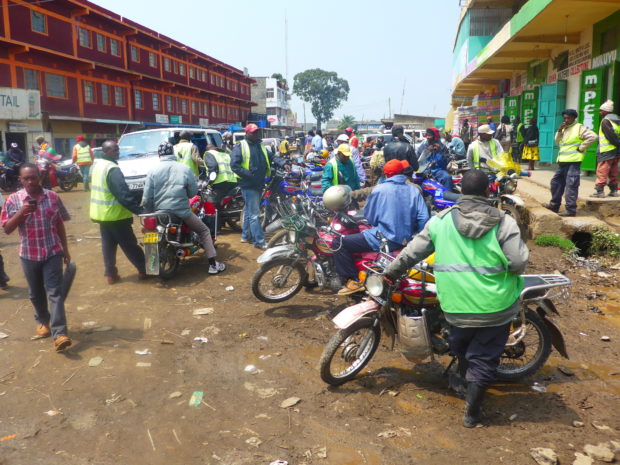 La tontine – a model for the financial development in Africa

African informal saving systems seemed to be outdated because of the rise of digital money. Thanks to fintech they could become very modern.

Every month, eight African ladies reunite a Saturday afternoon in a suburb of Frankfurt, Germany, for discussing their day-to-day problems – and for exchanging money. The washing machine broke down, the school trip of the kids has to be paid, the husband is spending too much money for, let us say, items that do not help the rest of the family. No problem, the community will provide support.

The women have established a community-based financial system: Every week, the ladies pay in 50 euros each, and one of them takes the total amount of 400 euros. The order has been established at the creation of the money club by lottery. This way, each woman participating in the system will get one month or another the total amount of 400 euros. The advantage? It is difficult to save 50 euros per month in a moneybox on the cupboard. But this way, they will get one day a nice sum for buying a washing machine, paying the school trip or new tires for the car.

This kind of club meetings happen every weekend in Frankfurt, but also in Paris, Brussels, London, Milan, Winnipeg, Nairobi, Dakar or elsewhere in the world.

The system is called tontine in the French-speaking countries. It goes back to the 18thcentury. It is one of the oldest saving systems and one of the simplest ones. It needs no bank, no regulator, no supervising authority, no institution.

The mechanism is very simple: The participants unite once a week, once a month or at any other interval. Everybody gives at every meeting a fixed amount of money and will be paid back according to the fixed ranking order. The one who will be paid back first is getting a nice advance payment on his future contributions. The last one in the row will give a credit to all the others and be paid back at the end. Good luck, bad luck, but everyone will be served.

A kind of tontine has been institutionalised in Germany during the 19th century. The Volksbanken or mutual banks were at the beginning very similar to the tontine system. The members of the mutual banks put their savings at the bank for financing the construction of their houses. A lottery determined who got first the amount he needed for building his home. The paybacks of these loans financed the next homebuilders.

Today, it is obvious that the banking system in Africa is still underdeveloped. Even if digital money promoted financial inclusion in African, most people are still excluded from the institutional banking system. It is still hard for the average citizen to get access to a bank account, needless to think about a credit. Microfinance never really worked in Africa, mutual banks never really came up, and commercial banks never got really interested in the ordinary customers.

“After the decolonization, the financial organisation has never been restructured; the Western model has remained dominant”, wrote Jean-Michel Servet, one of my professors when I was studying Money, Banking and Finance at the University Lumière in Lyons, in a study published in 1990 (page 275). And his statement remains true, even if 30 years have passed since.

La tontine is able to offer a solution. According to Servet, one factor favours especially the tontine system: the trust Africans have in systems that are totally independent from the government (page 277). Servet considers another point as important: “In contrast to Western ideas, (in Africa) you conserve by giving.” Accumulating claims within a social group is considered as quite safer than putting money on a saving account at a banking institution.

Another aspect is that la tontine favours solidarity and social binds among the members of the tontine club. This is particularly important for Africans living in Europe, Asia or elsewhere far away from home and their families, but also within their home countries when they are living far away from their home village.

When the members of a tontine club meet, they exchange about a lot of other matters. If a member meets a specific, unexpected problem, the others can agree on changing the ranking of the pay-outs. Or they exchange about news and other useful information. La tontine creates social links between the club members, a saving account does not.

Finally, tontine clubs allow their members to determine which person is trustworthy and which one is not. If a member does not respect his payment obligations, he or she risks isolation in the whole social group and beyond, for instance among the diaspora community in the town he or she is living.

Up to now, tontine communities were very limited. But thanks to fintech, this saving system could have a much bigger impact and a wider reach. “We observe that tontinespositively affect firms’ growth and employment”, concluded Bernard Gauthier and Sonia Tello Rozas in a study published in 2012. It could contribute to power-up African communities and make them financially stronger. Unfortunately, neither microfinance institutions nor the institutionalised banks are up to now interested in developing them.