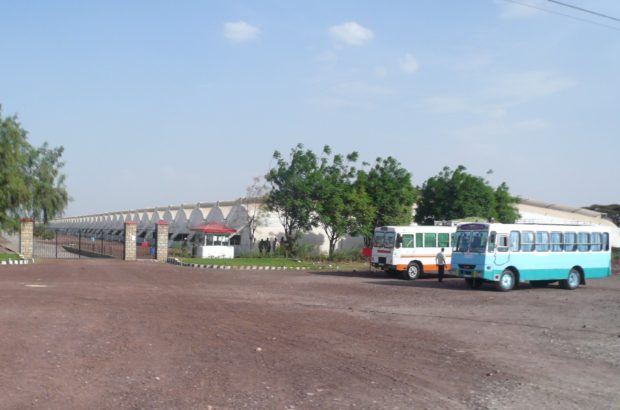 Foreign investors might complain that business has been hard in Ethiopia since 2016. This is not an excuse for bad performance. Farming was always doing quite well.

Investment initiators trying to attract money into emerging markets are rarely short of explanations. If the investment is doing well, they tend to take the credit to their outstanding entrepreneurial talents. If they are far behind their promises they are quick for blaming the macroeconomic environment, natural disasters or political crises in their host country.

In the past years, initiators of farming projects tried to attract investments in Ethiopia and blame now the political unrests that haven shaken, from November 2015 on, Ethiopian society and politics for explaining poor performance. In reality, farming in Ethiopia was performing quite well in despite of the unstable political situation. And other factors, such as the structural shortage of hard currency, were well-known to foreign investors long before the political crisis occurred.

Farming in Ethiopia is one of the most promising economic sectors in Africa. The conditions are difficult as Ethiopian farmers often lack capital, tools and machines. But the potential is tremendous as Ethiopian soil is often outstandingly fertile and as Ethiopia dispose of plenty of water thanks to lake Tana in the north where is the source of the Blue Nile, but also thanks to its 14 major rivers such as the Nile, Awash, Akobo, Ganale or the Jubba and major lakes such as lake Turkana, lake Abaya, or lake Ziway.

Ethiopia produces crops such as coffee, legumes, oilseeds, cereals, potatoes, sugarcane and vegetables, as well as maize. In short, the country offers tremendous opportunities to invest. Farmers from the Netherlands invested in the flower business or in the production of juice. Farmers from Israel built up farms producing strawberries or culinary herbs. And there are also investors from India, Saudi Arabia and a lot of other countries.

In 2016, the attack of a Dutch flower farm in Northern Ethiopia grew concerns that foreign investors were not welcome in Ethiopia. Oromo farmers blamed the Dutch farmer for occupying communal land that has been sold to him by the Ethiopian government.

Sad events like this one did not discourage Dutch investors. “Since 2004 many Dutch companies started joint ventures in Ethiopia, bringing the total to about 130”, the Dutch government states.

Except investments in the flowers, vegetables and fruit sectors, Dutch entrepreneurs also invest into poultry, potato, soy, spices and aquaculture. The government even supports these investments through the development cooperation project Ethiopian Netherlands Trade for Agricultural Growth (ENTAG). The Dutch government also encourages the development of cooled chains, making Ethiopia competitive on international markets. And it cooperates with Dutch banks, the World Bank, financial NGO’s and micro-finance institutions on financial strategies for increasing access to credit and other financial instruments for financing agricultural projects in Ethiopia.

The Ethiopian government too supports the agricultural sector by many ways. First of all, there is the Agricultural Transformation Agency (ATA), led by Khalid Bomba. And then, the government implemented several strategies promoting the sector. The Mo Ibrahim Foundation identified in April 2017 agriculture in Ethiopia as a “success story”. And the news site allafrica.com even called Ethiopian in November 2017 being a “miracle economy”.

“In many ways, Ethiopia’s economy resembles China’s in the mid-1980s. In both cases, initial agricultural reforms, infrastructure investments and special industrial zones allowed the initial high-growth escape from poverty”, the authors of the allafrica.com story wrote.

One of the Dutch investors that have a long experience in Ethiopia is Africa Juice. The company started operations in the Upper Awash region in 2009 producing passion fruit and mango and expands into pomegranate, acerola and other niche tropical fruits. The company makes the aim of the business quite clear: “Africa Juice is committed to delivering an economically successful business that provides attractive returns for investors”, the company states on its website.

The farm of Africa Juice has been burnt however in October 2016 by angry Oromo protesters accusing Africa Juice of land grabbing. However, it is not sure if this accusation was justified: “Environmental groups and human rights organizations often speak of ‘land grabbing’ or ‘land grab’ when it comes to large-scale land purchases, because there is a risk that the projects will be at the expense of the local community. But that does not always have to be the case. There are Dutch companies that are doing well – Africa Juice in Ethiopia is an example. But on the basis of the report it is difficult to draw a general conclusion”, the Dutch newspaper NRC Handelsblad wrote on 11 October 2016.

Some foreign project initiators in Ethiopian farmers used attacks such as on the Dutch flower producer or Africa Juice as an excuse for poor results. But their investors should not give them a pass on that. These sad events were isolated cases and did not do any harm to the whole farming sector.

This event shows however another problem: Foreign investors were often granted by the government with valuable land doing harm to local farmers. The new Prime Minister Abiy promised to stop land grabbing in the country. Abiy’s reform policy is good news for foreign investors in Ethiopian agriculture and takes away one excuse project initiators with poor results were using in the past several years. Farming in Ethiopia is going back on the right track.