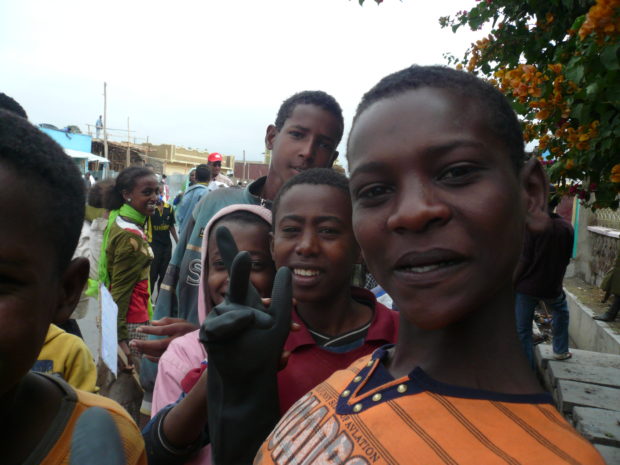 No, Africa does not need more philanthropy

Jeffrey Sachs, the US Economist, calls for more philanthropy in Africa. He is wrong. Philanthropy perpetuates a paternalistic attitude. Only fair economic ties can create equal relationships between the South and the North.

No doubt, Jeffrey Sachs is an outstanding economist. But this time, he is wrong. In a short analysis the head of the UN Sustainable Development Solutions Network is criticising the decision of the World Bank to embrace Wall Street. Jim Yong Kim, the World Bank’s president, is pushing according to a story of the newspaper New York Times „private investors — sovereign wealth funds, private equity firms and insurance companies — to pony up trillions of dollars for projects in Indonesia, Zambia, India and elsewhere”.

Sachs is strongly against this project. Instead of courting private investors, the World Bank should revisit “one of his own great successes”, the fight against AIDS, tuberculosis and malaria.

Sachs sees four lessons from that success: First, the private sector participated as a, benevolent, non-for-profit, partner. Second, the effort was supported by private philanthropy, e.g. by the Gates Foundation. Third, the funding took the form of grants, not loans. Fourth, trained public health specialists led the effort.

In sum, the fight against AIDS, tuberculosis and malaria was just successful because it was in Sachs’s eyes only financed by charity and that there was no for-profit action involved.

Some sentences later, Sachs contradicts his own statement by saying that the World Bank failed in its effort to fulfill Sustainable Development Goals (SDG): “Despite making only slow progress toward these goals, the Bank shows no alarm or strategy to help get the SDGs on track for 2030”.

Sachs is misguided in regard with both statements. First of all, tremendous progress has been made fulfilling the Sustainable Development Goals. If there is still hunger in Africa, the causes today are mainly natural disasters or armed conflicts. This is a great progress compared with the situation 20 or 30 years ago. We should not neglect these improvements even if there is still a lot of progress to be done to better feed African population and fight malnutrition.

Concerning philanthropy, we at Africa Partners are not quite sure that charity will be the right way to develop Africa. We agree that it is appealing when billionaires spend their money for improving the daily living of less privileged people instead of spending their wealth for luxury yachts and expensive cars.

But philanthropy tends to rigidify a paternalistic relationship between the North and the South. Everybody should be free, also Bill and Melinda Gates, to spend their money as they like to. Therefore, it is up to their only decision which benevolent action they like to finance and which ones they do not want to finance. The concerned population is not involved in this decision through a democratic process.

Philanthropy does a lot of good, but it does not strengthen civil society and democracy in the countries that benefit from good deeds decided thousands of kilometers away.

If Sachs calls for more philanthropy instead of economic and financial investments in Africa, he calls in reality for more paternalism and for postcolonial dependancy. He calls for more pictures showing rich white pupils from the North stroking the heads of happy African children thanks to charity.

Is this really the relationship we want to develop between the North and the South? We at Africa Partners do not believe that financial and industrial investments will solve every problem in the south. Helping people out of misery is not the aim of for-profit investments. But trade and investments will favor the economic integration between the North and the South. They favor relationships based on partnership and access to markets. The exchange of goods, services and money favors the exchange of ideas and welfare.

Investments cannot solve every problem, and charity cannot achieve this either. Therefore, investments and charity should not be played off. They are the answer to different questions.