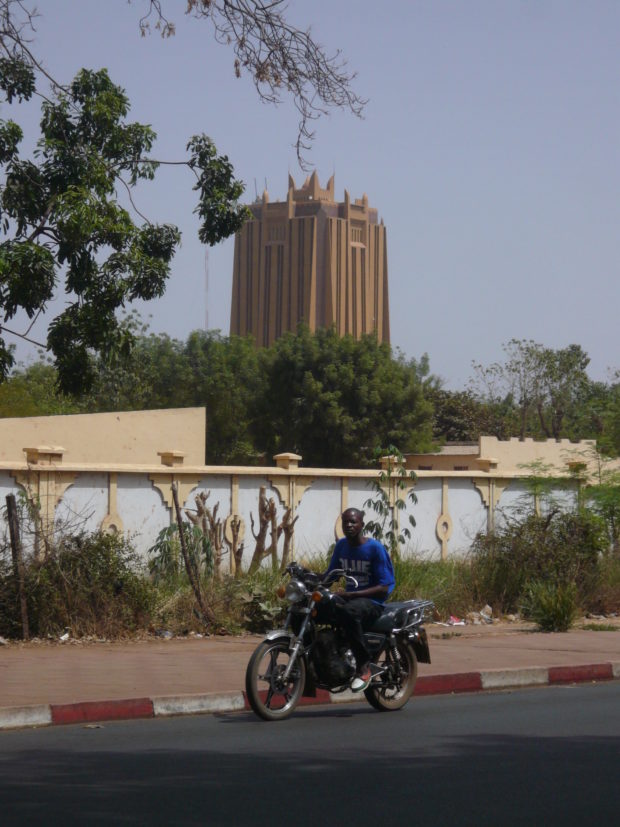 The creation of a monetary union is an ambitious project that could boost stability and growth in the region. However, the decline of the naira in Nigeria should be a wakening call.

It is one of the many projects African policy makers decided on, the creation of a vast monetary union covering whole West Africa from Nigeria in the East up to Senegal in the West. But this time, the project should not disappear forever in the drawer of the many ambitious projects that failed before being realised.

The name of the common currency will be eco, and it should not only unite the West African countries whose currency’s value is not pegged to the euro such as the cedi in Ghana, the naira in Nigeria, the franc in Guinea, the dalasi in Gambia, the leone in Sierra Leone or the dollar in Liberia. The eco should offer an alternative to the unloved franc CFA that binds the members of this monetary zone to France, the former colonial power.

The franc CFA zone is divided in two monetary unions that have fixed currency rates between them and are both pegged to the euro. The franc CFA exists as franc CFA-BCEAO in eight countries in West Africa – Benin, Burkina Faso, Ivory Coast, Guinea-Bissau, Mali, Niger, Senegal and Togo – and as franc-BEAC in six Central African countries: Equatorial Guinea, Gabon, Cameroon, Congo-Brazzaville, Chad and Congo-Kinshasa. Unlike the West African members of the franc CFA zone no member of the franc-BEAC has not decided up to now, to drop the franc CFA and to join the eco.

The eco project will face the same risks as the launch of the euro in the 1990s in Europe: West Africa is about to launch a monetary union without having created before strong political institutions that could impose to the member states a common fiscal, commercial and financial policy.

Like the euro zone countries, the eco members will have to meet a catalogue of macro-economic criteria, the famous “convergence criteria” of the euro zone, and forces the members to respect budgetary and other economic rules: Among a lot of criteria, the eco members commit to keep inflation low, to keep their fiscal deficit below 4% of the GDP and to hold gross external reserves that give import cover for a minimum of three months.

The history of the euro proves how hard it can be to enforce the respect of these rules, especially in the context of a major crisis and especially if the member states keep their national sovereignty. The euro still suffers from the lack of willingness of the European governments to transform the European Union in the Republic of Europe, the United States of Europe or any other form of a federal state.

A convergence process will be hard in West Africa

For Europe that was experiencing before the launch of the euro some 40 years of strong collaboration the political superstructure has never been created. How strong will be the political will to submit to stronger fiscal, economic and political rules that will bind all 14 West African countries? How realistic is it that all 14 member countries will play the rules if they are so different as the small Benin and neighbouring Nigeria, the biggest economy of the African continent? It will be very hard to put on track a convergence process in West Africa as Europe failed to maintain economic convergence between so different countries such as Greece and the Netherlands.

With the creation of the eco a French guarantee for the exchange rate between the euro and the eco does not make sense anymore. And there is no other institution in sight that could guarantee a fixed exchange rate in case of a speculative attack. Anyway, as economic growth, the evolution of wages and productivity differ in West Africa very strongly from Europe, it will be very hard and constraining for the West African monetary zone to maintain a fixed exchange rate regime.

Free exchange rates will be the only way out

Therefore, the only way out is to accept that the eco should float freely even if it will make it harder to convince the financial markets that the eco will be a trustworthy currency. The eco member states will have to prove to the international financial community that the institutions of the new monetary zone will be strong enough to enforce budgetary discipline in the eco zone and to keep national governments committed to low inflation and budgetary discipline.

However, a floating currency regime will be a huge risk for the new monetary zone as the Nigerians experienced in the past years with the external value of their currency, the naira. “I did a study of the Nigerian economy a year ago, and I found that if you’re a dollar-based investor, holding naira for a five-year period over the last 15 or so years, there’s an almost 90% chance that you will suffer a devaluation,” said Andrew Alli, CEO of financial services firm South Bridge at a conference, according to The Africa Report. Therefore, he considers himself as a strong supporter of the African Continental Free Trade Area.

The eco is a strong bet that will determine for a large part the future of West Africa as the euro was a strong bet for Europe 20 years ago. But as the project is launched in West Africa, there will be no way to do the eco zone half-way. There is no choice: The new monetary union will have to get full sovereignty and build its own reputation.