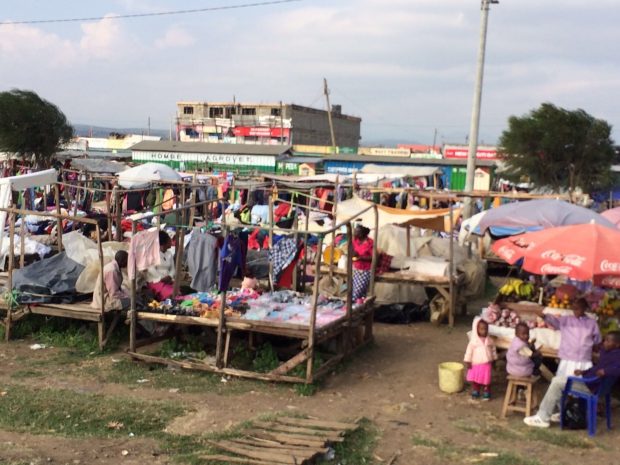 The Risks of Protectionism for Africa

The world is suffering from rising trade barriers. Leading entrepreneurs call for free trade at the G20 summit. Instead of old dogmas we need a balanced trade policy.

German entrepreneur Jürgen Heraeus is leading the B20 group, a lobby organisation of 700 companies and business associations in view of the G20 summit in Germany this year. “There is a large consensus in the business world that globalisation will bring huge benefits to the majority of manhood”, the owner of one of the most important family-owned businesses in Germany told in an interview published by the German business daily “Handelsblatt” on 2nd May, 2017.

Heraeus’ statement raises the essentiale economic question of this time: What will happen if the minority does not take advantage of global trade and if they will not accept any longer that the majority has a good life thanks to globalisation and that the rest of our societies doesn’t draw any profit from a free and open world?

After decades of strong belief in the benefits of free trade, protectionism seems to be nowadays the solution for nearly every political issue. Not only in the U.S. isolationist politicians got the upper hand. Even in economically successful countries such as Germany where welfare is strongly based on open borders, isolationism, the closure of borders and protectionism are becoming more and more popular.

A slow-down of the world’s economic growth, the squeezing of the middle classes in the rich countries and the increasing inequities between the rich and the poor in the developed world are all factors that are favourable to the rise of populist parties, more on the right nationalist side than on the left side. And this is even true in countries such as Germany, Switzerland, the UK or Austria.

The strong trend towards restrictions in world trade is even an issue for Africa. For a long time, the continent has been a loser of free trade. It’s hard to say this as the economic wishful thinking always stated that everybody would benefit from open borders, at least in the long run, an economists’ term for saying that few people will see any profit from this economic prescription in their life time.

African farmers for instance were very welcome to produce the natural resources consumers in the rich world are asking for, coffee and cocoa beans, pineapples, bananas, cashew nuts, rubber and many other tropical goods. But if African entrepreneurs tried to treat these goods for extending the value chain in their countries, rich world governments punished them with heavy import tariffs.

On the other hand, even if the free trade world was anything but rosy for African exporters, a protectionist world will be even worse for Africa’s rising economies.

Free trade was always one of the big dogmas of liberal economic thinking. After 60 years of free world trade, we have to admit that globalisation does not benefit to everybody. It creates many losers in the rich world and even more in the developing countries. This is for the social side effects, and we did not consider the environmental consequences of useless shipping of goods around the world just to increase a little bit more the net profit.

Even in a free trade world, goods need to find consumers able to pay for them. Free trade has to be supported by industrialisation and the creation of jobs. Therefore, we need a more differentiated view on international trade, and we need to include the social and environmental side effects. The challenge is to use international trade in a way that it helps to improve the living standards in the whole world and not just for some parts of our societies.

The English philosopher Isaac Newton said: “We build too many walls and not enough bridges”. This should be the guideline for international trade policy.