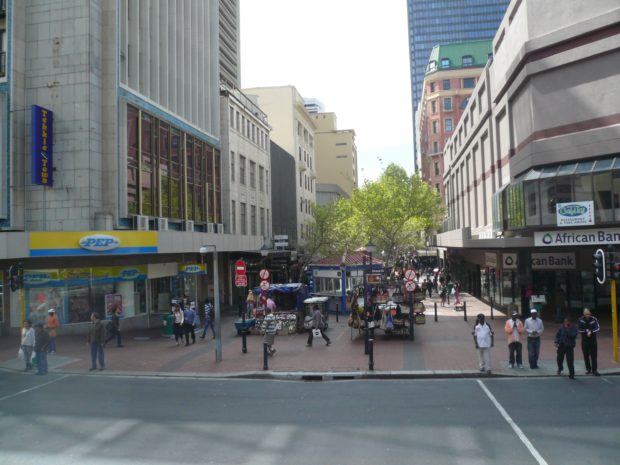 African stock markets have not fully gained financial independence. There are, however, initiatives in Morocco and in South Africa aimed at strengthening the local markets. Should these prove successful, Africa will take a big step toward gaining independence from international financiers.

At first glance, the prospects for African equity markets don’t look good. Equity funds that invest in Africa have a relatively small number of assets under management. Stock trading on the continent typically involves just a handful of companies. And there are still far too few IPOs of companies.

On the other hand, Africa’s economy held up rather well during the recent Covid-19 pandemic. Yes, there was a dip in GDP caused by the pandemic’s outbreak in 2020. But that doesn’t change the fact that Africa realised in past years impressive growth rates. Indeed, considering its economic potential, Africa’s stock markets should be a lot more vibrant than they are.

There are, however, some hopeful signs that Africa is gaining more financial independence. In Cape Town, a new stock exchange started. It aims to attract listings of companies from South Africa and elsewhere. In Morocco, meanwhile, Casablanca’s stock exchange has announced a partnership with APSB, the association of Moroccan stock brokers, to boost the exchange’s attractiveness. An essential part of this initiative is to increase liquidity in listed stocks.

Speaking to the business daily L’Economiste, Kamal Mokdad, chairman of the Bourse de Casablanca, said: “Thanks to its strong capacity to mobilise savings and finance Moroccan companies, the stock market is called upon to fully play its role as a catalyst for the process of initiation in the New Development Model.” The New Development Model refers to an initiative launched by Moroccan King Mohammed VI. It aims to promote Morocco’s capital markets and, in doing so, make the country the leading financial hub for that part of Africa.

Under the initiative, the Moroccan government is tightening supervision of capital markets and modernising rules for listings. It also wants to promote more IPOs and bond issues on the Casablanca exchange. And it will create a separate bourse for trading in raw materials. These measures will improve financing for small- to midsize enterprises (SMEs) in particular and to boost Casablanca’s attractiveness as a financial centre generally.

Morocco could set an example

We believe that the Moroccan government’s move could set an example for exchanges in other African countries. Unfortunately, though, the governments of those countries are still doing too little to promote the exchanges. This is shortsighted, as those exchanges could play a central role in mobilising the savings of the African population to finance economic growth.

Indeed, because African exchanges remain unattractive. Many companies in Africa have no choice but to turn to venture capitalists or private equity for financing. This then further weakens the exchanges, prompting a vicious cycle where the continent remains dependent on international and thus foreign financiers.

We feel that World Bank and other international development finance institutions (DFIs) are a further hindrance to gaining financial independence. This is because the DFIs, like venture capitalists, private equity or start-up funds, favour direct shareholdings in unlisted African companies.

In this way, the development financiers acquire much more influence over company management than they would if they acquired shares in listed companies. The DFIs are, moreover, not really interested in promoting IPOs for companies that would be well-suited to listing.

Therefore, Africa needs more financial independence. In light of all this, we feel that the African financial community – that is exchange operators, investment banks, brokers and companies – should work toward gaining financial sovereignty. Further developing the continent as a financial centre will be a key issue. For that would greatly benefit the African economy.