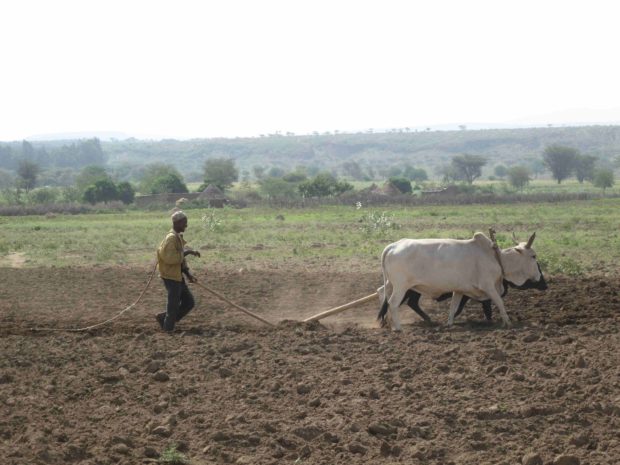 The coronavirus will change permanently the world economy. European and American companies will reshore a lot of activities from low-cost countries. Therefore, Africa should not rely on international investors..

For more than 70 years, the highly-industrialized countries were trying to tear all kind of barriers to international free trade. The coronavirus will change that probably too. But things are changing now. European companies will reshore a lot of activities from abroad.

In Europe, the big debate is currently which kind of products should not be produced anymore in low-cost countries. The production of mouth masks, latex gloves and other medical day-to-day equipment should be relocated to Europe. This can go further as the German government was quite before the outbreak of Covid-19 helping to build a battery manufacturing plant. This trend is not unique to Europe. Former US President Donald Trump won the election in 2016 on claiming “America First”.

Europeans and Americans were hard believers in free trade. David Ricardo (1772-1823), the British economic thinker, developed at the beginning of the 19th century his theory on the comparative advantage of foreign trade, based on the ideas of Adam Smith. In Riccardo’s example, Portugal had advantages over Great Britain in producing textiles and wine. Nevertheless, it would be beneficial for Portugal to specialize in wine and to leave the textile production to the British.

This might be so in the theoretical world of pure and perfect competition. In the real world, there is one disadvantage. It is not neutral in terms of market power if you produce textiles or wine, if you specialize in cocoa beans or in chocolate, in copper or in cables. The chocolate producer tends to exercise a bigger market power over the farmer whose income depends from just one crop he is planting.

For a long time, Europeans and Americans believed in the advantages of relocating labour-intensive activities to low-cost countries. This conviction was based on the product life-cycle theory, developed by the American economist Raymond Vernon (1913-1999). He stated that developed countries should concentrate on innovation and know-how intensive activities. Labor-intensive mass production should be left to developing countries.

This conviction made the fortune of Hong Kong, Japan and later China. The only downside was that Asian emerging countries were not stick to this kind of international division of labour. They started to develop themselves into manufacturing highly sophisticated goods.

The security of supply chains matters, too

Today, it is different. It is not only the security of supply of products Europeans and Americans consider as strategical ones. Digitalization too makes it easier for companies from the North to reshore manufacturing. Apple, Electrolux, NCR, Lenovo and many other companies were moving back production facilities from China and Asia to the Europe or the US.

Nowadays, it is not as important as in the past to produce mass production in huge series. Today, it is much more important to be able to produce small series or even individualized goods. Adidas, the German sports fashion company, also relocated production from China or India back to Europe and the US. The first reason are costs: 1000 jobs in an Asian plant were downsized thanks to robots and digitalization to 160 in Europe. The second reason is that modern IT-based manufacturing is able to produce small series. This contributes to flexibility and shorter time to market.

In Africa, the hope was for a long time to benefit from relocating European or American or even Chinese manufacturing to low wage – and often weakly regulated – countries in Africa. But Africans should not rely on that outcome any longer. It is highly probable that this will not happen to an extent that could really boost African economies.

There is one lesson African policy makers should take from Adam Smith (1723-1790), the father of modern economics: He stressed on the importance of labour productivity. And we agree that productivity is much more decisive for a country than economic growth measured by the increase of GDP.

Low productivity is the big vulnerable point of the African growth story. “Labour productivity differences between Sub-Saharan Africa and more advanced economies have remained large”, the World Bank economists say in a report published in 2018. “More recently, the story of misallocation (inefficiencies in the use of technologies) has become relatively more important than undercapitalization (low capital stock) in driving these productivity differences.”

If, and only if, Africa succeeds in increasing labour productivity, the continent has a real chance to join the club of the prosperous parts of the world. Therefore, African governments should intensify efforts to give every child a basic education in writing, reading and calculating. And then, they should stress on technical, digital and mechanical training and technical colleges.

Developing productivity will be key to the future of Africa. The German-American economist Friedrich List (1789-1846), born in the Swabian town of Reutlingen in Southwest Germany, was saying: “The power to create wealth is infinitely more important than wealth itself.” One reason more that Africa should not rely on international investors.