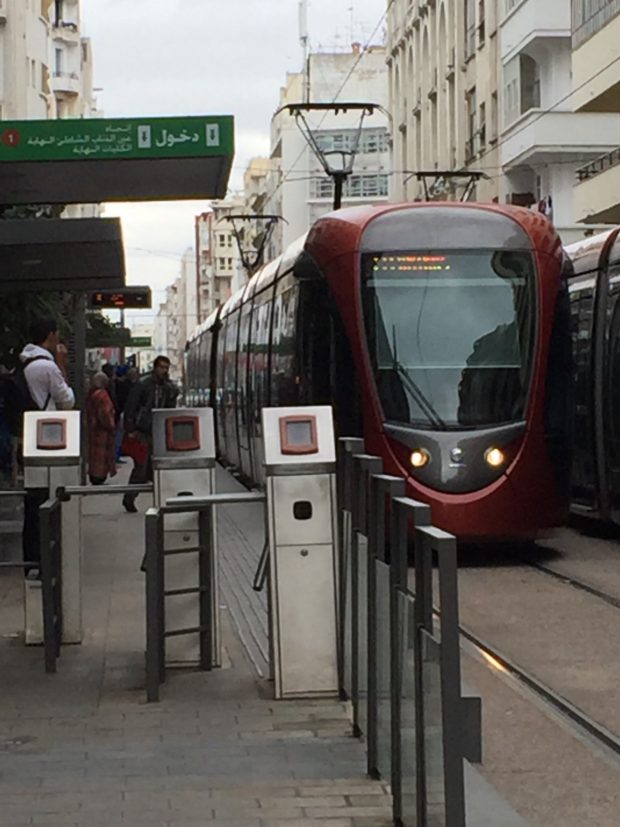 China is taking over the building of the African infrastructure. Its main advantage is financing. Europe has urgently to create unified financial programmes for Africa.

For months, we have been told that African governments were encouraging European bidders for building infrastructure in Africa because African policy makers did not want to let the whole market to China. But then, in the reality, African governments often finish choosing a Chinese bidder. In reality, China is taken over more and more infrastructure projects south of Europe.

The main weakness of European companies is finance. Or, let us be more precise: Europe still has banks that are large and sophisticated enough for accompanying complex infrastructure projects even in remote countries of the African continent. Even if this or that company manager is complaining, infrastructure financed as provided by European corporate and investment banks is not the real issue.

The real issue for European companies is risk coverage. On the one side, consortiums from Europe are becoming more and more European. But, on the other side, Export Credit Agencies in Europe are still national. This creates a lot of friction because each ECA can only cover its national part of the European bid. Therefore, European consortiums have to apply in many countries for risk coverage or for investment protection as the European governments only have national agreements with each African country for risk protection.

Europe still has plenty of ECAs: OeKB in Austria, EGAP in the Czech Republic, EST in Estonia, EKF in Denmark, Coface in France, ECIO in Greece, MEHIB in Hungary, FEC in Finland, SACE in Italy, ODD in Luxembourg, Atradius in the Netherlands, Euler Hermes in Germany, Eximbank in Slovakia, EKN in Sweden, KUKE in Poland – and the list may not be complete. And there are some banks supporting export and foreign investment such as KfW in Germany, AFD in France or DANIDA in Denmark.

Applying for export guarantees gives already quite a headache. The formula for a German Hermes export credit coverage counts more than 30 pages. You will probably need a master in bureaucratic arts if you want to fill it out. But applying for the same project in several European countries might become a nightmare.

African policy makers see this weakness of European consortiums, too. The president of Ghana, Nana Akufo-Addo, was sincere when he encouraged European companies to get involved in the building-up of the so badly needed infrastructure in Ghana. But in September 2018, Akufo-Addo went to Beijing and came back with the promise that the Chinese would invest 2 billion USD in Ghanaian infrastructure.

Even before this deal, Sinohydro concluded in May 2018 a transaction with Ghana to build bridges, roads, hospitals and housing. In return, president Akufo-Addo undertook to repay the Chinese company with the proceeds of refined bauxite sales from a plant that is due to be commissioned and completed within three years. It is too early to say if this transaction will be beneficial to Ghana.

But one thing is sure: The ties between Ghana and China become very narrow. “China has surged from almost nowhere to become Ghana’s top trading partner, with bilateral trade rising from less than 100 million USD in 2000 to 6.7 billion USD in 2017”, noticed the “Financial Times” of London.

Other Chinese infrastructure deals will be realised in Ghana as European companies cannot do barter deals like Sinohydro. What should a European building contractor do with all this bauxite?

Therefore, Europe urgently needs an innovative financial scheme if they do not want to let the building-up of the African infrastructure to their Chinese competitors.

It would be a historical fault to let this market go. According to a report of the African Development Bank (AfDB), Africa’s infrastructure needs amount to 130–170 billion USD – not in total, just in one year, and for many years. The financing gap is estimated being in a range from 68 to 108 billion USD per year.

Chinese infrastructure companies should not be the only ones to close this gap. Therefore, the European Union should create a European Credit Agency that can provide European infrastructure suppliers with risk coverage and investment protection. Beyond this first step, Europe should create, together with the African multinational institutions, a Euro-African development bank that will help to make foreign direct investments between Europe and Africa safer.

Africa is still considered in the European cabinets as a national affair. This vision of the world is outdated. Africa has to become a European affair.