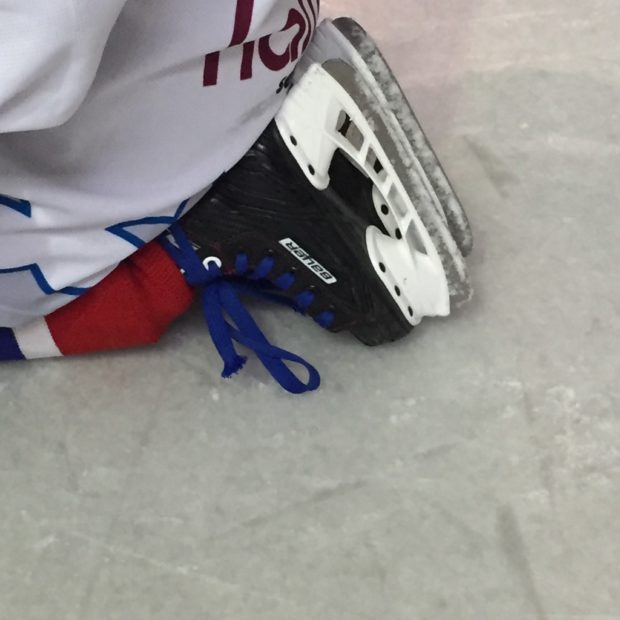 As in North America play-off season starts in the NHL, ice hockey becomes popular in Kenya. This shows how outdated are some prejudices the North still has in regard with Africa.

Nairobi is at just around 140 km south of the equator, too near to have a real winter. Nevertheless, the capital city of Kenya has an ice-skating rink in the Panari hotel. Here, the first Kenyan ice hockey team, the Ice Lions, meet regularly for training and for competition. But as they are the only hockey team in Kenya, they can only play against themselves.

They begun their story in a very African way. “We didn’t have goalie equipment and nobody can take that risk to be a goalie without the proper gear,” told Benard Azegere, the founder and captain of the Ice Lions, a Reuters reporter. “So what we used to do was we had a rubber penguin and we used to put it at the centre of the goal and to score you had to hit the penguin above the belly.”

According to the hotel management, the solar ice rink at Panari is the only one of its kind in East and Central Africa. It measures 32×12 metres and is smaller than European ice rink that measure usually 30×60 metres. But it is a beginning in a country that is known for its long-distance runners, but up to now not for figure skating, ice hockey or speedskating.

The monthly membership is at 8000 Kenyan shillings (approx. 70 euros) and a basic ice-skating 8 lesson programme at 10,000 shillings (approx. 87 euros). In addition, the ice rink management offers special courses for speedskating or ice hockey.

Up to now, ice skating is still underdeveloped in Sub-Saharan Africa. Some Maghreb countries such as Morocco, Tunisia and Egypt already offer the possibility to do sport on ice, but in Sub-Saharan Africa, only South Africa has an ice hockey tradition. The South African Ice Hockey Association is a member of the International Ice Hockey Federation (IIHF) since 1937. The men’s national team participated in several international competitions and will play this year in the World championship in a division competing with Bulgaria, Taipei, Luxembourg, Turkey and Turkmenistan.

South Africa even has a women’s national ice hockey team that also plays on an international level. In 2019, they finished 37th of the World championship which is not so bad if you consider that South Africa with a total population of nearly 58 million people has roughly more than 50 female ice hockey players.

However, South Africa is at the moment the only African member of the IIHF as long as Morocco remains an associate member. But ice hockey will develop on the continent. Algeria e.g. has no ice rink in the country, but a national team, mainly formed with team members playing abroad. Morocco has several ice hockey teams playing in a shopping mall in Rabat. And Egypt even has 11 ice rinks in six cities.

Ice hockey in Africa suffers from very particular difficulties. In Nairobi, it is hard to get pucks or sticks. But the Ice Lions benefitted from a particular form of aid. A Canadian living in the town found a sponsor who flew the Ice Lions to Canada, outfitted them in fresh gear and organised a game with some NHL stars. The video produced, “The Away Game”, quickly went viral in the social media. Thanks to this support, the Ice Lions have now full sets of gear.

Ice hockey in Kenya gives Europeans a good lesson how Africans make it the African way.