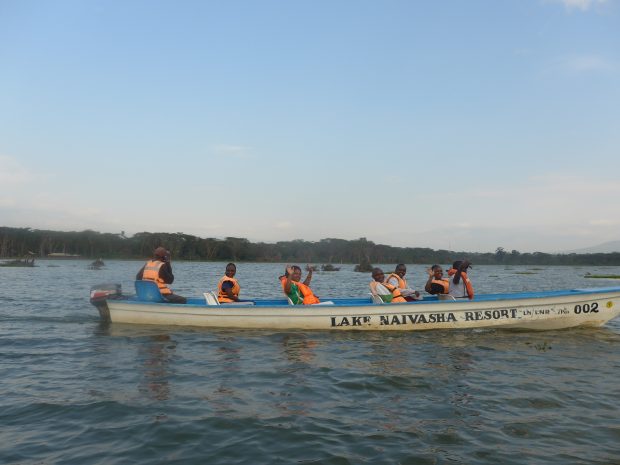 Safaris or Sahara tours are popular among Western tourists. Africans not only start to discover their continent too, they also travel abroad. Dubai is an African hot spot.

The beauty of the Sahara or the savannahs in East Africa attracts every years millions of international tourists to the African continent. But not only Americans, Britons or French take the plane to Egypt for visiting the pyramids or to Southern Africa for a Safari. Africans too start to travel around their continent and to discover the richness of African nature. In the past, mainly the African diaspora has been an interesting customer group for airlines. But now, domestic demand for leisure, cultural trips and holidays is growing at high speed.

65.3 million tourists arrived in Africa in 2014, according to a report published by African Development Bank (AfDB) on the development of the sector. The receipts of international tourism totalled in 2014 USD 43.6 billion.

At a time when European politicians discuss how to limit the inflow of African refugees, some avant-garde governments have already discovered the potential that African tourists can add to their destinations. According to an article published by the newspaper Gulf News, the Dubai Department of Tourism and Commerce Marketing (DTCM) already sent in 2013 a delegation to Cape Town to increase awareness of Dubai’s destination.

Unlike Europe or the US, Dubai border controls are quite open for African tourists who like to spend a couple of days on the shores of the Gulf or to do extensive shopping in one of countless shopping malls of the emirate.

Dubai already decided in 2012 a long-term strategy for its tourism industry. Under this vision Dubai expects to double the number of visitors from 10 million to 20 million by 2020. Even if Europeans, Arabs and all the other international tourists are still welcome in the emirate, Africa together with Brazil is expected to create the additional growth.

The Dubai based carrier Emirates already connects its passengers to 19 African countries. In some – such as in South Africa or Nigeria – the airline flies to several cities, in South Africa for instance to Johannesburg, Cape Town and Durban. These flights not only transport international tourists to Africa, but also African tourists to the Gulf.

The rising middle class mainly drives tourism of Africans. More and more Africans can make a decent living from their salaries. Even after having paid mortgage, cars and school fees, millions of Africans still have some extra money for leisure and travelling at their disposal.

According to a survey of the African Development Bank, Africa has today the fastest-growing middle in the world. Some 313 million people, or 34% of Africa’s population spend USD 2.20 a day. This represents a 100% rise in less than 20 years.