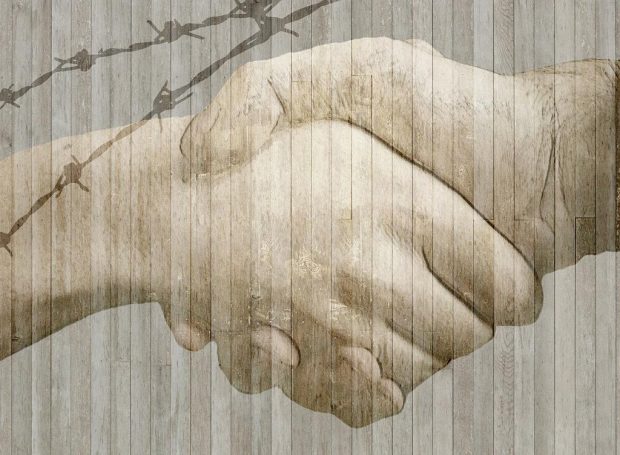 Europe should lower its visa walls

The European Union (EU) badly needs a common visa and migration policy in order to give today’s refugees a perspective and in order to intensify trade and business with Africa and the Middle East.

A personal point of view of Christian Hiller von Gaertringen

Did you ever try to get a visa for the Schengen area? Even for Africans who are 70 years old it is very hard to get a visa for visiting friends and family in Europe. They have to make an online appointment at the consulate or embassy, queuing up sometimes for a whole day, prove that they have a regular income, health and travel insurance and some good reasons for travelling back after the expiration of the Schengen visa, e.g. an own business, a farm or a family at home.

Europe has good reasons for being restrictive in its visa policy. Authorities want to make sure that non-EU visitors will not live illegally in Europe or accept illicit work. Illegal immigrants are often forced to prostitution or slavery. And finally, Europe does not want to open its doors to terrorists and criminals.

The Schengen agreement was a big step forward for European integration as the nearly the whole European Union, excepted Bulgaria, Croatia, Cyprus, Ireland, the UK and Romania applies today a common visa policy. Even some countries, such as Iceland, Norway, Sweden, Switzerland and Liechtenstein, want to stay outside the EU, but joined Schengen. 26 European countries are today member of this system enabling European citizens as well as foreigners who obtained a Schengen visa to travel freely in vast parts of Europe.

Hundreds of thousands of non Europeans however do not see these advantages and force their way through the border controls. These refugees do not apply for a Schengen visa and arrive in Europe without having filled out any application forms or having applied online for a place in the queues at the gates of European consulates.

As Schengen was a big progress for Europeans it also made it harder for non-Europeans, especially most people in Asia, the Middle East and Africa, to travel to Europe.

What is the consequence? Is the Schengen visa policy too restrictive, and did Europe force hundreds of thousands of people to stay outside of Europe even if the consulates that should have allowed to travel to Europe? Or is the new order – letting all the refugees coming in into Europe without any control – a danger for the inner security of the EU area as political refugees, victims of war and violence can enter into the Schengen area as easily as criminals and terrorists are able to do now?

The question is difficult to answer. And it is hard to say if these fears of terrorism and criminality are justified or not. But what is possible to say is that is inhuman to force immigrants to cross the Mediterranean Sea by rubber boats or to force them to make all the way from Syria to Europe by walking. Europe needs a common immigration policy that does not shut the doors and that takes place in the countries where immigration starts.

Europe has to strengthen the ties with the countries and the people in Africa and the Middle East – on all levels of cultural exchange, education, professional
training, trade and business. The success of the European Union was always to give young democracies an economic perspective when they join the EU. This was the case of Greece, Spain and Portugal. And this was the case of all the countries in the former Eastern bloc. This policy helped these countries and it was beneficial to the other European countries as it made Europe safer and wealthier.

The EU has the aim to give to the people in the Middle East and Africa an economic perspective. Therefore, Europe should not stand away and stop hundreds of thousands of people to take excessive risks if they just want to feed their families.

The EU should do both: It should lower the administrative wall around Europe and make Schengen visa less restrictive. And it should contribute to the vision that less people in the Middle East and Africa need to make all the way to Europe in order to get a perspective for their life.

If the people there have good job that pays the daily life of their families, they will travel to Europe just for leisure and business, enjoy the beauty of the Leaning Tower of Pisa, of the Brandenburg Gate or the Eiffel Tower – or for improving their professional skills. This will be beneficial for Europeans as well as for today’s immigrants and refugees.