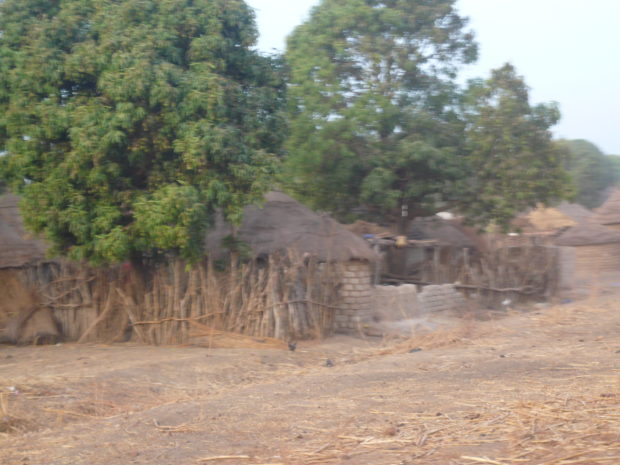 France takes the lead in relation with ecology in Africa

President Macron supports the construction of the “Great Green Wall” from Dakar to Djibouti. This way, France takes the lead in relation with ecology in Africa. However, the continent didn’t need Europeans to discover environmental policy.

It was a dream French were dreaming for a long time. France’s colonial politicians wanted to rely Dakar in West Africa with Djibouti, the French speaking bridgehead in East Africa. More than 8000 km are separating the two African metropoles.

In 1898, the colonial ambitions of the French republic ended in Sudan, in a small town on the river Nile called Fashoda. At this place, British troops commanded by Sir Herbert Kitchener stopped the advance of French troops under Jean-Baptiste Marchand. The Fashoda incident put an end to the French plans as they crossed the British objective to create a land connection between Cairo and Cape Town.

This week, French president Emmanuel Macron announced that he wanted to connect again Dakar and Djibouti. This time, the connection should be done by peaceful and environmentalist means. A wall called “la Grande Muraille Verte”, the Great Green Wall, shall create a connection across the Sahel zone. Macron announced this on Monday 11 January 2021 at the “One Planet Summit” in the Elysée palace in Paris. More than 14 billion dollars (11.8 billion euros) should be spent over five years (2021-2025) for establishing this wall. “It is 100 million hectares restored, 10 million jobs created, 250 million tons of carbon sequestered,” said Macron. “It is also through this initiative the ability for Africa to show that it is a player in the fight against global warming”.

The Sahel zone is one of the most vulnerable ecosystems in the world protecting large parts of Africa. Without the Sahel zone, the Sahara desert would expand south. In addition, the Sahel zone is located in 11 countries. The Green Wall will cross Senegal, Mali, Mauritania, Burkina Faso, Niger, Nigeria, Chad, the Central African Republic, Sudan, Eritrea, Ethiopia and Djibouti. It is a dry area where the wind often carries away what little fertile soil is. In addition, erosion, heat and lack of water are the biggest enemies for the people living there. Since the year 1900, the Sahara has progressed towards the south of 250 km and this on a front which makes more than 6,000 km.

Protecting the arable land from erosion

The Great Green Wall should create a system of hedges 15 kilometres wide and will bring a lot of benefits:

Therefore, the project of this Green Wall is not just an environmental one. It is also a project promoting job creation, social welfare and economic development. The project can help to build a modern agriculture in this part of the world.

For a first time, the Great Green Wall was presented in 2002 at a summit in N’Djamena, the capital of Chad. In 2007, the African Union adopted the project. Today, more than 20 African countries are associated to the realization of the Wall. Then, international institutions joined in. Today, the United Nations (UN), the World Bank, the European Union, the Arab Maghreb Union and even the region Wallonia in Belgium or the Japanese religious community Sûkyô Mahikari support this project.

France takes the lead in relation with ecology

In Senegal, the Green Wall is already 545 km long and 15 km wide covering a surface of 817.500 hectares. The initiators planted acacias, jujuba or date palms, all well adapted to the rough climate across the Sahel zone. How to green deserts, this is well-known since the Israelis started in the 1930s to cultivate arid places such as the Negev desert.

Thanks to the French support and the additional funds, the project may be accelerated. On Monday, Macron confirmed France’s commitment to the Sahel zone. “In terms of security and viability, France is very involved in this region. We must strengthen this initiative for the benefit of the eleven countries concerned,“ Macron said in Paris.

After the French announcement, Akinwumi Adesina, president of the African Development Bank (AfDB), declared to support personally the Great Green Wall. The AfDB intends to mobilize 6,5 billion dollars in the next five years.

Africans did not wait for Europeans

We think the French support will be very valuable. However, Africans did not wait for the Europeans to reconcile economic development and the protection of the environment. The Kenyan activist Wangari Maathai who, unfortunately, died in September 2011 founded already in 1977, the Green Belt movement. This movement aimed to plant at least a million trees in East Africa. For Maathai, it was not just an action to beautify Africa’s village. It was primarily a social movement, an instrument to develop communities and capacities. Therefore, the mission of the Green Belt Movement is “to mobilize community consciousness for self-determination, justice, equity, reduction of poverty, and environmental conservation, using trees as the entry point,“ she wrote in the annual report 2003. In 2004, she was awarded with Nobel Peace Prize.

Would the Green Wall be conceivable without the Green Belt movement? Well, this is hard to imagine. And even if the Green Wall gains momentum thanks to the French support, the new belt connecting East and West Africa is a purely African one. May the Great Green Wall just be the entry point for a large global programme to reforest Africa. This will help global climate, the environment and the social situation of millions of Africans.