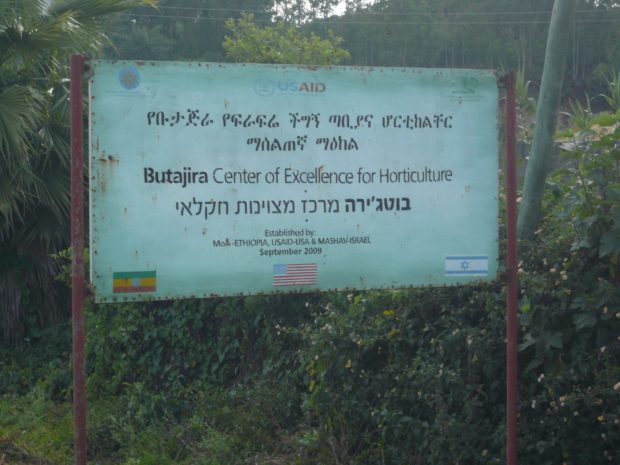 Desalegn’s resignation is a sign of Ethiopia’s desolate situation

For German media the news was not of big importance. Even the German quality daily “Frankfurter Allgemeine Zeitung” published in its edition of 16 February 2018 just a short news on page 5 about the resignation of Ethiopia’s prime minister Hailemariam Desalegn. However, for Africa the news is quite relevant. The country in East Africa 1 million km2 huge and counting more than 73 million people was in the past years a guarantor of political stability in the region and this in spite of so many political tensions from the Darfour region, South Sudan up to main parts of Somalia. It seems that Desalegn stepped down as well as prime minister of the government as chairman of the ruling communist party Ethiopian People’s Revolutionary Democratic Front (EPRDF).

The reward for this role as a politically stabilising regional power is largely due to Desalegn’s predecessor Meles Zenawi who died in August 2012 and who ruled the country from 1995 until his death. Desalegn was obviously not able to follow in Zenawi’s footsteps. Desalegn’s government was considered as weak as it was divided into various political factions fighting one against the others. Under Desalegn broke also out the violent clashes in the Amhari and the Oromo regions that caused the death officially of at least 940 victims.

Moreover, under Desalegn the economic situation has become more and more bad. Under Zenawi, Ethiopia attracted the attention of astonished foreign investors. They transformed the country in one of the most successful economies in Africa with economic growth rates exceeding in some years even the mark of 10%.

Under Zenawi the country developed ambitious plans to become East Africa’s electrical powerhouse thanks to huge geothermal power plants and enormous hydroelectric projects. The Gibe III project already generates an estimated 1,870-MW (mega Watt) of hydroelectric power. The Grand Ethiopian Renaissance Dam on the Blue Nile river will, once it will be finished, generate 6,450 MW.

However, even under Desalegn foreign direct investments (FDI) have risen in 2017 to 4.2 billion USD from 2.6 billion USD in 2015. This is the good news. The bad news is that these investments are mainly financed by US dollar denominated credits, increasing by this Ethiopia’s dependency from foreign investors who are more and more Chinese.

Today, Ethiopia suffers from a rising external debt corresponding to the inflow of foreign direct investments. In 2012, when Desalegn came to power, the part of the external debt in the Ethiopian GDP was at 22.1%. In 2015, it rose to 28.2%. The 2016 and 2017 figures have not been published up to now.

The credit rating agency Fitch considers the creditworthiness of Ethiopia’s public debt as a “B” rating and therefore as “highly speculative”, just two notches above a “CCC” rating standing for substantial risks of default.

The Fitch analysts considers that Ethiopia’s credit rating is “constrained by low development and governance indicators that rank among the weakest in the universe sovereigns” rated by Fitch”. In spite of strong economic growth export performance remained subdued due to low agricultural commodity prices, the overvaluation of the national currency birr, delay in some infrastructure projects and persistent structural impediments.

The IMF estimates that the birr was overvalued by 20%-40%, impeding export performance. In October, the National Bank of Ethiopia already devalued the birr by 13% against the US dollar.

Currency devaluations are rarely a way out of economic crises. Most of the time, they only exchange some external pressures against rising internal difficulties without overcoming external tensions. In Ethiopia, after the currency devaluation the official inflation rate has accelerated to 13.6% in November 2017, the highest level in five years.

Facing these economic headwinds, the government under Desalegn hardened the environment for foreign investors, strengthening for instance the regime of capital controls. Today, it has become hard for foreign investors to get their capital out of the country. Africa Partners already delivered a strong warning in June 2017 for investing in Ethiopia under current political and monetary conditions.

As long as the economic environment will not change for the better, we still advise against investing in Ethiopia for the moment. However, we do sincerely hope that the new government will not only handle better the political tensions in the country, but also develop export-oriented industries to improve the ability to pay external debt back.